One of the requirement i had was to combine multiple inputs into one input and then push the data into a table on a sql server database. In the Data Flow Task, there were different components which were sending outputs, all of these outputs had to be combined. In order to address this I used the UNION ALL task in the Data flow. The UNION ALL task can take multiple inputs and can be combined into one.  The UNION ALL task does not have too many properties , it is a very simple component which is available in SSIS. I have enclosed a graphic below which shows how it was used in the Data Flow task.  The image below shows one input into UNION ALL: 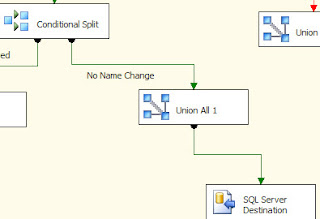 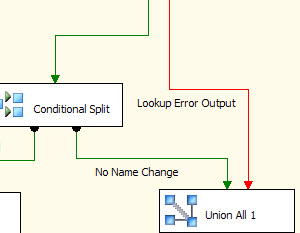 At times the UNION ALL task can be used to get inputs from different Conditional Split task outputs, this can be used in Testing scenarios to see if the rows are being branched out correctly.

Email ThisBlogThis!Share to TwitterShare to FacebookShare to Pinterest
Labels: SSIS 2008, Union ALL